The company was founded in 1970 in Östansjö, Söderhamn, Sweden by Paul Brändström under the name Ställverksprodukter KB. During the period 1971-1982, the operation was based in Holmsveden before moving to Vannsätter in Bergvik. The 5000 m2 facility, which today is owned and used by Bergvik, were previously a factory for the production of sulphite pulp and were then owned by a company called Stora.

In 1992, Bergvik launched the floor panel Bergvik Floor, a new product that was placed in a separate subsidiary named Bergvik Flooring AB. The product quickly gained a good reputation in the market and helped the company through the troublesome economic downturn in 1992-1993. 1994 saw an upturn in the economy and volumes increased on all products.

The name change took place to coincide with the company’s 25th anniversary in 1995, when all products were merged into one company under the Bergvik Flooring AB name.

Much has happened over the years and Bergvik has had the honour of working with many successful companies - large and small. Our product portfolio has been constantly expanded and improved and today holds one of the industry’s highest quality standards. The high demand for our products has driven our global expansion and we now have subsidiaries in Norway, USA, South Africa and Australia. To coincide with the international growth, the company changed its name in 2016 to Bergvik Sweden AB. 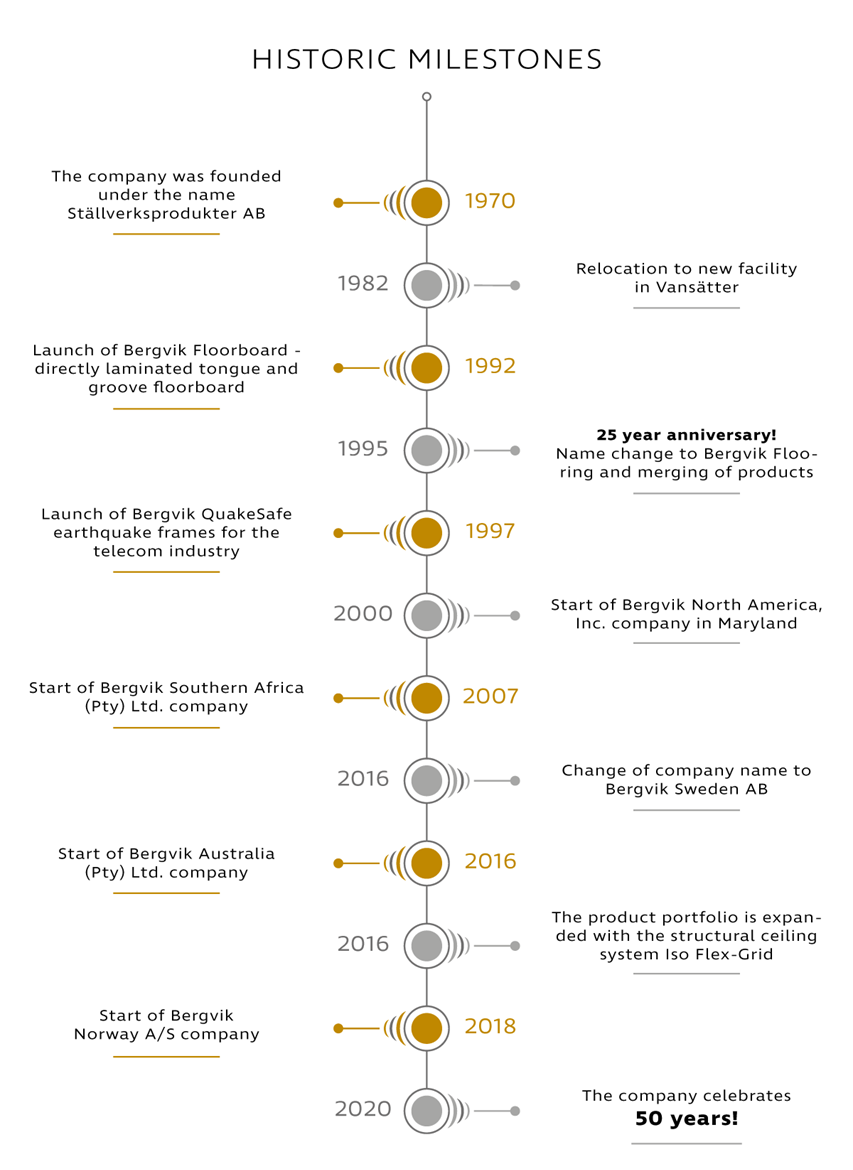